What Is The ARCTIC-CAT Riot?

Arctic Cat has unveiled the all new Riot 6000, Riot 8000, and Riot X 8000 extreme crossover sleds, helping build up the the snowmobile industry's 50/50 crossover lineup. The new Arctic-Cat snowmobiles are equipped with new features, plus new front and rear suspensions.

A huge focus of the Arctic Cat's Riot lineup is on the Alph One Platform, with new base-level M and rugged models with the single-beam rear suspension design. Arctic-Cat's adjust from the handlebar iACT suspension system includes separate controls for the front and rear. Arctic Cat plans on improving the overall machine with updated front suspension for increased riding and handling capabilities. It's upgraded C-TEC2 8000-series engine comes with increased responsiveness and better fuel economy.

It's a do-it-all snowmobile for the riders that want to enjoy both racing and speed aspects to their snowmobile or for those that want to go out an shred the powder. It's a very high-performance snowmobile, combining race inspired ARS two front suspension with all new forged aluminum spindles, and the all new cross action rear suspension. The riot was made to really thrive in any snow on any terrain. Perfect for our midwest riders, or for those who will be traveling throughout the season to experience different riding conditions, and importantly, unexpected conditions. Professional backcountry rider Gabrielle Hockley and Rob Kincaid (World champion hillclimb racer & black cats backcountry rider) "the riot is very face, and very responsive in the corners. The suspension is really great, super smooth." 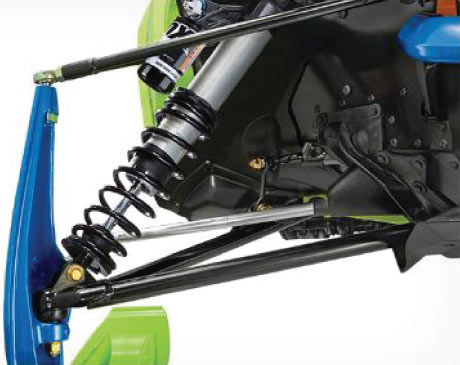 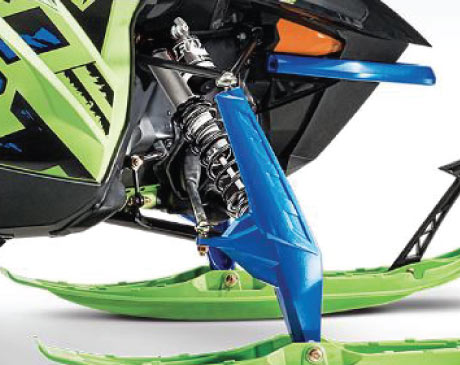 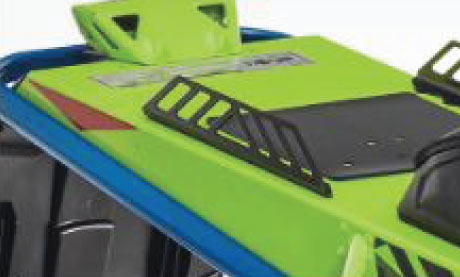 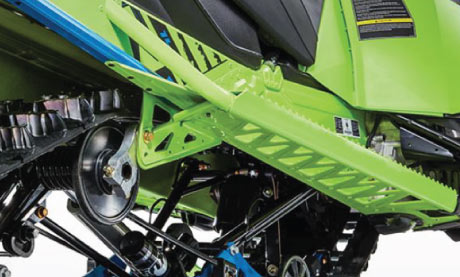 The new 2020 Arctic Cat Snowmobile comes equipped with FOX zero QS3 Shocks. They're easy to adjust, and built for any terrain and riding style. The premium shocks are available in 1.5- or 2.0-inch diameters. Arctic Cat's Mountain Suspension (AMS) puts everything we learned about conquering deep snow onto your crossover Riot X. The new Arctic Cat Riot snowmobile parts, such as the G2 Proclimb Mountain skis, are lightweight, and contoured for easy steering, and integrating with the AMS spindles for better deep-snow performance. The Riot snowmobile is also equipped with reinforced running boards to help with bigger impacts, with added extrusions for strong rigidity. The Arctic Cat snowmobile rear rack helps with hauling more gear for all day rides.

*Cross-action rear suspension blends the increased weight transfer of an uncoupled suspension with the optimal cornering and bump absorption of Arctic Cat's Torque-Sensing Link used on our trail models. 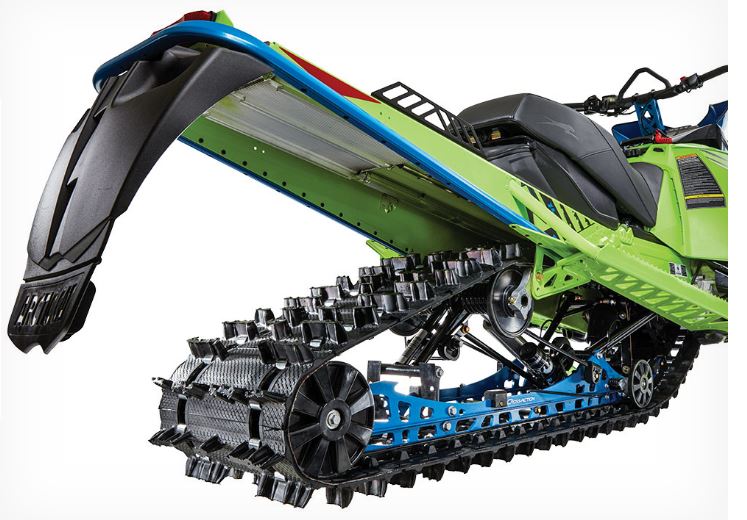 For Freight Info., Parts Lookup, Parts Availability, or any other Questions: We are open MON-FRI | 9AM-6PM EST.

Email us at support@partspitstop.com or use our live chat support for all parts & accessory questions!

Get ready to buy discounted exact fit OEM Arctic Cat Riot parts. Sign-in or start a new website account with us for maximum membership benefits! Also, be sure to sign up for our Parts Pit Stop monthly newsletter promo program for monthly discount codes to be used on any of your orders. Save even more on Arctic Cat OEM Riot Parts and all OEM Snowmobile Parts if you are a dealer, reach out to support@partspitstop.com to get setup today!

As an authorized Arctic Cat OEM Parts dealership, creating an account on our website to purchase Arctic Cat Parts and Accessories and signing in provides your best price. Any of our members will be able to keep track of their orders and shipping information within their account. With our Arctic Cat OEM parts diagrams and secure checkout system, 24/7 online ordering is quick and easy. Our discounted Cat parts and accessories prices can beat out other websites, and we think you'll appreciate our friendly support staff should you have any questions about ordering. Thank you for shopping with PartsPitStop.com, we look forward to delivering excellence at a great value!

Stay In The Know

Sign in and enjoy all the member benefits right now.

Not a Member Yet?  Start Here

No Thanks, Not Now